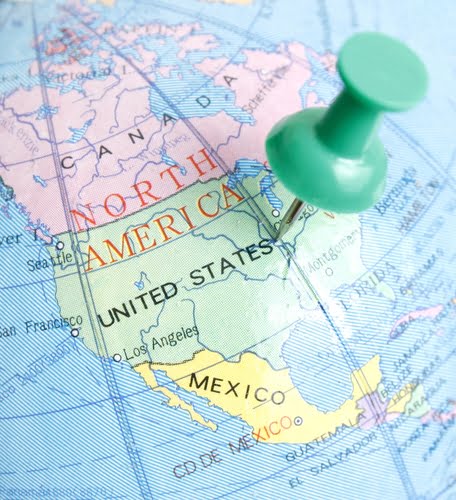 One of the most exhilarating things about tearing down the highway on Route 66 is the opportunity to encounter so many different parts of America.

In fact, did you know that the Mother Road passes through eight different states? It’s true. When you drive the full length of this famous highway, you’ll see sites in Illinois, Missouri, Kansas, Oklahoma, Texas, New Mexico, Arizona and California.

Read on to learn more about the states you’ll see on this national tour.

Illinois: The Land of Lincoln

The road that eventually earned the designation Route 66 begins in Chicago, the largest city in Illinois, and the third largest in the entire country. Travellers starting their journey in the so-called “Windy City” can snap a picture with the iconic sign that marks the start of the Mother Road. Other nearby sights include the Willis Tower, once the tallest building in the world, and Grant Park, a 313 acre green space right in the heart of downtown. Visitors should also be sure to dig into some classic Chicago food, like its unique “deep-dish” style pizza.

From its starting point near the shores of Lake Michigan, the Mother Road meanders diagonally across the Prairie State to the border of Missouri near St. Louis. On the way, it passes by the Illinois Route 66 Hall of Fame and Museum in Pontiac. In addition to the Hall of Fame, the city of Pontiac boasts a series of murals commemorating the rich agricultural history of the area and the impact of Route 66.

Though he wasn’t born here, the 16th president of the United States established his professional and political career in Illinois. Route 66 winds through Springfield, the state capital, where you’ll find the Abraham Lincoln Presidential Museum and Library.

Across the mighty Mississippi River from Illinois sits the historic city of St Louis. There, travellers can check out sights like the famed Gateway Arch National Park. Located on the banks of the river, the Gateway Arch marks the beginning of your travels in the true American West. Be sure to ride a tram to the top of the monument for an unmatched view or, if heights aren’t your thing, embark on a historic riverboat tour.

From the banks of the Mississippi River, Route 66 cuts southwest across the state, passing through the towns of Springfield (yes, a different Springfield!) and Joplin. Convenient locations to visit along Route 66 include the famed Meramec Caverns, where tourists can get a look at the former hideout of legendary outlaw Jesse James. The cave itself is a true natural wonder, with stalactites and stalagmites galore, as well as a geologic formation called the wine table that’s one of the only ones in the world like it. In addition to witnessing its natural beauty, you can learn all about the history and science behind this cave and the region. In all, the “Show Me” State boasts over 6,000 of these unique geological structures, many of which are open to the public.

Missouri was admitted to the Union in 1821 and has accumulated many historic sites along the way, including the George Washington Carver National Monument outside Joplin. Further afield in the state, you can visit the birthplaces of former president Harry S. Truman and famed American author Mark Twain.

What it lacks in distance, the Kansas section of Route 66 makes up for sights. If you’re not paying attention, you’ll miss Route 66’s quick 20 kilometre detour through the southeast corner of Kansas. This state was admitted to the Union in 1861, which were turbulent times for the country, with the Civil War just ahead. Today, the city of Wichita in Kansas is known far and wide as an aviation leader.

Roadside attractions along Route 66 in Kansas can be found in the sleepy hamlets of Galena and Baxter Springs. Visitors can soak in the ambience of old-fashioned service stations and restaurants that make you feel like you’re riding down the highway during its heyday.

Literary fans exploring Route 66 will appreciate their time in Oklahoma. After all, it was from this state that the Joad family disembarked for sunny California in John Steinbeck’s famous novel “The Grapes of Wrath.” Fleeing the Dust Bowl, these migrants journeyed down Route 66 in search of new opportunities.

The highway cuts through Tulsa and Oklahoma City on its way to the Texas Panhandle, covering nearly 650 kilometres in total in this state. Sights in Tulsa include the appropriately named Gathering Place, a hundred-acre public park on the banks of the Arkansas River, and one of the midwest’s premier zoos. Oklahoma City, meanwhile, is home to the National Cowboy & Western Heritage Museum, which boasts an impressive collection of art and historic artefacts, a botanical garden and an entire museum dedicated to osteology, or the study of skeletons. This last attraction includes more than 800 specimens, including the skeletons of great apes, tortoises and even a koala. A special section of the museum is dedicated to the wildlife of Oklahoma.

In between the bright lights of the cities, Oklahoma has plenty of spots for fishing and camping, taking in the state’s musical history or appreciating its legacy of outlaws. There’s no shortage of things to do on or off the trail here!

“Don’t mess with Texas.” Have you heard that one before? Keep it in mind, and make sure not to drop any rubbish on the road when you’re driving through the state where “everything’s bigger.”

Though it may be the largest state in the U.S. mainland by area, Route 66 cuts straight east to west across Texas’ smaller and more sparsely populated panhandle, a relatively quick 288 kilometres.

While you may be a long way away from major cities like Dallas, Houston, San Antonio and Austin, you’ll ride through bustling Amarillo before you cross the state line into Arizona. Walk through the 6th Street Historic District or go for a hike in Palo Duro Canyon, the so-called “Grand Canyon of Texas.”

As you near the conclusion of your Texas adventure, be sure to stop in for a slice of apple pie at the Mid-Point Cafe in Adrian. Celebrate that you’ve made it halfway from Chicago to the end of Route 66 in Los Angeles.

While the old Route 66 took you through Santa Fe, but the city was later bypassed when the path was realigned. If you do decide to visit Santa Fe, however, there’s a whole lot to take in. From an eclectic arts scene to outdoor activities like hiking, biking, fly fishing and skiing, there’s something for everyone here.

Even if you don’t make the detour to Santa Fe, there’s still no shortage of scenic views, on or off the highway, in New Mexico. From small town Tucumucari to Santa Rosa and Albuquerque, the highway is lined with neon restaurant signs, beckoning you to sample one of the most distinctive regional cuisines America has to offer. Former prospecting boomtowns, many of which are now long since abandoned, dot the desert landscape, while indigenous communities have sustained themselves here for centuries.

The Southwestern vistas continue to roll by your windshield as you cross the border into Arizona. Here, the highway coasts across an east-west expanse in the northern portion of the state. You’ll encounter mountain towns like Flagstaff, Williams, Kingman and Oatman along the way. Flagstaff, in particular, can serve as a great launching point for any outdoor adventure. The city sits near the Coconino National Forest and the San Francisco peaks lie just beyond city limits. Skiers can hit the slopes at the Arizona Snowbowl, or explore at a more relaxed pace on cross-country skis from the Arizona Nordic Village. If the outdoors aren’t for you, Flagstaff also boasts a vibrant downtown.

Of course, Arizona is famously known as the home of the Grand Canyon, one of the most marvellous natural spectacles America has to offer. While this natural wonder isn’t directly on Route 66, it’s well worth hooking north from Flagstaff for a visit. Visitors can take in the view from the South Rim visitors centre. More adventurous travellers can also head over to the North Rim to beat the crowds and even hike down into the canyon itself.

Overall, Arizona is a true example of what the Route 66 experience is all about. One the one hand, the natural landscape will be vying for your attention, while on the other, retro businesses like martini lounges straight out of a bygone era seek to lure you in with their neon glow.

California: So Much More Than Hollywood

Before your trip ends in the bustling traffic of Los Angeles, there’s much to explore on Route 66 in California as you zigzag through Needles, Barstow and San Bernardino. Notably, San Bernardino is home to the very first McDonald’s restaurant. Located right on Route 66, the franchise now serves as a celebration of the fast-food chain that swept the world, including the largest collection of McDonald’s merchandise in the U.S. From the seat of your bike or car, you’ll also be impressed riding through the Mojave Desert and the San Gabriel Mountains.

Los Angeles is the final stop of your Route 66 journey — and a worthy one at that. The Mother Road reaches its conclusion in Santa Monica, a picturesque beach town renowned for its surfing and famed Santa Monica pier. Other sights include the iconic Hollywood sign and celebrity homes of Beverly Hills, Dodger Stadium and Griffith Observatory, a planetarium made famous in the classic Hollywood movie “Rebel Without a Cause.”

When you drive Route 66, you’re travelling through America’s national heartland, from the great plains, into the deserts of the Southwest and right to the Pacific Ocean. Ready to sign up for the road trip experience of a lifetime? Check out our Route 66 tours today!

The types of people you’ll meet along Route 66 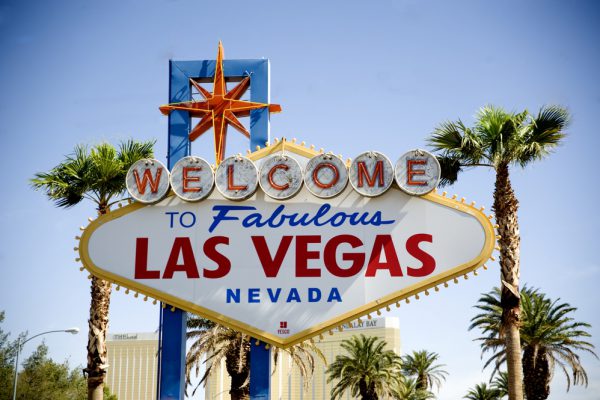