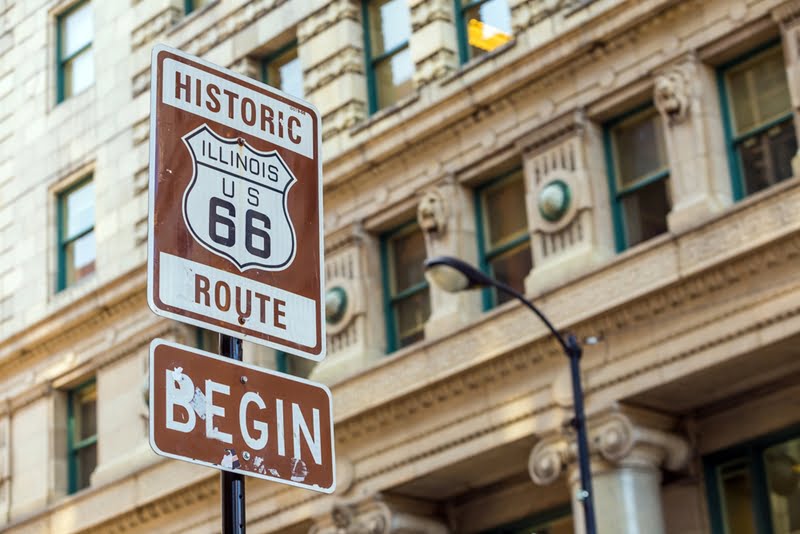 What towns does route 66 go through?

You’ve heard about travelling down the open road and now you’ve got your eyes set on experiencing what the country is like in America. You’ve heard about the famous Route 66 and now you want to plan your trip. As your route begins to take form, think about what stops you want to take along the way. As the “main street” of postwar America, Route 66 spans across the centre of the country running 3,940 kilometres in total.

In this blog, we will uncover the towns and attractions that will make your trip as memorable as the Route itself.

As someone who is just starting on their route through the “Mother Road,”, a nickname coined by John Steinbeck in his novel ‘The Grapes of Wrath’, you can begin your journey in Illinois and make the trek a typical early automobile traveller would have made in the 1930s toward California. Your journey should begin in Chicago and end in Los Angeles (L.A.).

Along this route, here are the top towns on Route 66 and what they have to offer:

As the established starting point for Route 66, Chicago has historic memorabilia scattered throughout the city. Travelling from Chicago, Illinois toward your next destination (St. Louis, Missouri) there are several cities and small towns worth checking out:

Rolling along your route, your next big city stop will be St. Louis, Missouri, where you will first set eyes on the famous St. Louis arch. The St. Louis arch was established in the 1960s to honour early explorations by Lewis and Clark — two pioneers who were guided by Shoshone indigenous woman, Sacagawea.

As you make your way toward Kansas, you can stop at these incredible destinations:

The shortest portion of the route, Kansas, is about 21 kilometres of your drive. On your way to Oklahoma, you’ll travel through:

Oklahoma has both historically significant sights and quaint small-town attractions any traveller will love. At about halfway through your journey now, Oklahoma is where businessman Cy Avery, also known as the Father of Route 66, coined the nickname “Main Street of America.”

Texas, known as the Lone Star state, will welcome you with its southern hospitality, barbeque, and flatlands. Although you’ll only travel across the panhandle of the country’s second-largest state (695,660 square kilometres), you will hit some iconic landmarks along the way. You’ll enter Texas at Shamrock, where you will continue your journey toward your next destination, New Mexico.

If wide-open spaces and a single road that stretches almost as far as the eyes can see is your ideal, then the New Mexico stretch of 783 kilometres will be the most stunning part of your trip. The best places to stop along the way in New Mexico are Santa Rosa and Tucumcari.

Arizona has some of the oldest, and longest, drivable parts of all Route 66 where you’ll experience the arid desert that spans the Colorado River and the bedrock mesas the state is known for. You’ll also pass through:

Through its long history, Route 66 has changed and shifted to meet the modern needs of travellers. The original Route 66 terminated where 7th and Broadway now sit in Los Angeles, California. Today, the official end of Route 66 is set at Lincoln and Olympic boulevards in Santa Monica. You can take your final travel picture at the new Santa Monica 66 sign at the end of the Santa Monica pier.

At the end of your travels, you should check into the historic Wigwam Village Motel for a different take on a roadside attraction you haven’t seen before along your route. Before there were covered wagons, Route 66 and the land it was built on was home to native people. Take a step in their footsteps at this unique motel experience.

Excited to get started on your journey? Choose Route 66 Tours as your go-to for more information, insights and travel advice before starting your epic road trip adventure. Contact us today to learn more. 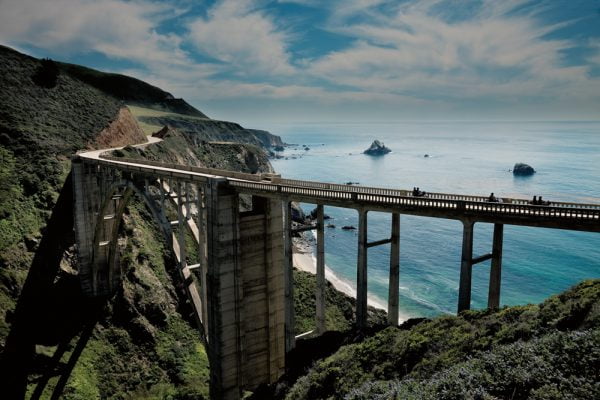 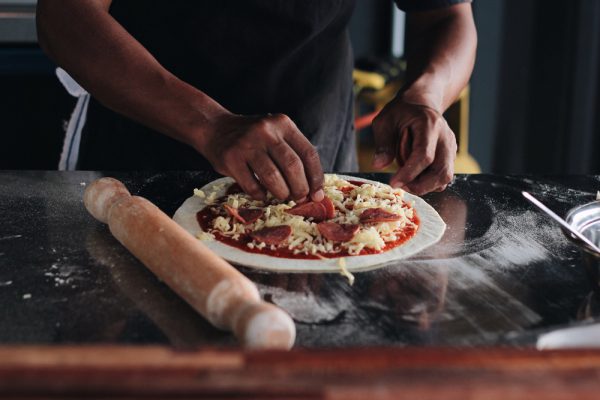 How long does a Route 66 tour take?