From Chicago to Santa Monica, Historic Route 66 is truly a cornucopia of sights, sounds and adventures. Here are just a selection of our favourites:

Your Route 66 adventure begins here. Located right in downtown Chicago, this iconic sign lets you know that the road trip adventure of a lifetime is just around the corner.

While Grant Park is not officially on the path of Route 66, the Mother Road’s starting point in downtown Chicago affords you the chance to take in the best of what the Windy City has to offer. That includes this more than 300-acre green space located right at the center of town.

Once the tallest building in the world, Willis Tower rises high above the Route 66 start point.

Leave Chicago and start travelling west and you’ll begin to see some of the quirky roadside attractions that Route 66 is famous for. This space-age statue stands in front of the Launching Pad drive-in, located in Wilmington, Illinois.

The official home of all things Route 66 in the Land of Lincoln can be found in the town of Pontiac. Highlights include the world’s largest Route 66 shield.

A statue befitting the American folk legend. This statue stands nearly six meters high and features the fictional lumberjack with a hotdog in hand.

The Railsplitter Covered Wagon in the city of Lincoln has been featured in the Guinness Book of World Records and includes a statue of the city’s namesake for good measure.

Your journey through Illinois ends with a drive across the Mississippi River and into St Louis, just across the water in Missouri.

Nothing quite tells you that you’ve made it to the American West like the St Louis skyline-defining Gateway Arch. This monument was commissioned in 1935 to commemorate the spirit of the original pioneers.

While it’s still labeled as such, this Fanning, Missouri, landmark is actually now the second tallest such structure.

One of the real natural beauties of the original route, this cave goes into the Earth for more than seven kilometers and was used as a criminal hideout at certain points in its past.

The small town of Cuba, Missouri, contains a plethora of murals showcasing the region’s history — from the Civil War to Route 66 travellers. In 2002, the town was named the official “Route 66 Mural City” by the Missouri legislature.

With just 13 miles of road, Kansas has by far the shortest section of Route 66. That doesn’t mean it isn’t worth the trip though. The little town of Galena features uniquely midwestern architecture and a historic gas station.

Founded in 1929 to accommodate the original wave of Route 66 drivers this service station was once a bustling community hub. While no longer in business, Lucille’s has been fully restored to its original glory as a monument to the Mother Road’s past.

The town of Chelsea features the world’s largest concrete totem pole. Designed by Ed Galloway in 1937, the painted pole was meant to be a tribute to the indigenous people of the region. A nearby house also contains several of Galloway’s hand-made fiddles.

One of the most famous roadside attractions on Route 66 is also one of its more unique. This massive statue of a sperm whale has a hollowed-out head so that kids can climb in and explore.

Just past the city of Tulsa, this post for an old motel is an original example of the neon signage that used to dominate the roadsides of Route 66.

This museum focuses on the history of westward expansion and the stories and artwork of the region. Highlights include exhibits of drawings of westward wildlife and traditional cowboy arts, like leatherworking.

Travelers with small children in tow will be excited by this pioneer-themed amusement park in Oklahoma City.

This historic grocery store sits along Route 66 and features a distinctive statue of a milk bottle on its roof. The site was entered into the National Register of Historic Places in 1998.

Just outside of the town of Amarillo lies the Cadillac Ranch, a collection of ten spray-painted, antique Cadillacs, each half-buried into the surrounding desert.

Nicknamed the “Grand Canyon of Texas,” this natural wonder stretches almost 250 meters from top to floor and is located just 40 kilometers from Amarillo. Hike the rock structure called “the Lighthouse” for a view you just can’t beat.

In the United States, the second amendment allows citizens to own firearms. This giant statue of a cowboy in a shirt reading “2nd amendment cowboy” celebrates that tradition.

With its classic neon sign and beautifully maintained rooms, the Blue Swallow Motel in Tucumcari, New Mexico is the definition of authentic old Route 66 charm.

This quirky roadside attraction features an assortment of wooden figures and a model western town. A true slice of old Americana!

The Route 66 path evolved constantly throughout its history. In Albuquerque, the Mother Road splits into two directions: One that goes through Santa Fe that was used until 1937 and another more direct road that was commissioned after.

The Duke City is famous for its unique adobe architecture. Check out Old Town Plaza for an assortment of historic buildings, restaurants and shops.

In the small town of Grants sits a neon-lit Route 66 sign, with an entrance cut out for cars to literally drive under. It doesn’t get more Route 66 than that!

The continental divide represents the point where water runs to either the Atlantic Ocean to the east or the Pacific Ocean to the west. That point on Route 66 falls just west of Albuquerque.

Located on the edge of the alien landscapes of the Painted Desert and Petrified Forest National Park, this gift shop features a variety of antiques, gemstones as well as large pieces of the petrified wood that gives this area its name.

Created by a meteor strike in the northern Arizona desert about 50,000 years ago, this crater measures more than a kilometer wide and has a depth of more than 170 meters. Visitors can go on guided tours and learn more about meteors at the Barringer Space Museum.

While not on Route 66, the hour-long detour to the Grand Canyon is absolutely worth the trip. Drive to the south rim for the most famous view of this natural wonder, or dodge the crowds and take the bus to the north rim for more challenging hiking trails.

Amongst a landscape of red rocks lies the city of Sedona. While known for its new age stores and spas, the city has also been the site of some of the most famous western movies of all time.

At the edge of the ghost town of Jerome lies the abandoned Gold King Mine. Take in the sight of antique machinery and automobiles then walk around the town of Jerome for a look into the past.

While not related to its namesake, the Grand Canyon Caverns offer their own set of wonders. One of the deepest dry caverns in the United States, visitors can see rare stalagmite and stalactite formations

For a peek at the Old West, you can’t beat the Oatman ghost town — one of the last stops in Arizona before the California border. First settled in the 1850s, this little town’s population exploded following the discovery of gold in the area. In the ensuing century, however, the town’s numbers dwindled down to nothing. Luckily, its buildings have been perfectly preserved.

The National Natural Landmark is renowned in geological circles for its symmetrical volcanic cinder cone. This is one of the prime hiking spots along the Mother Road.

Just past Amboy Crater is the Twentynine Palms Marine Corps Base. It’s not uncommon to see military exercises in action as you drive by.

For decades, Oro Grande resident Elmer Long turned glass bottles into works of art on his property. While Long sadly passed away in 2019, visitors to the park can still marvel at his creations.

This Route 66 institution features high-quality motel rooms in tee-pee-shaped structures. The scene is completed by the palm trees that dot the Southern California section of Route 66.

Before McDonald’s became a world-conquering institution, it was a single burger joint in San Bernardino. Today, the site of that first restaurant is owned by a local restaurateur and serves as a museum as well.

Founded by Spanish missionaries, this church dates all the way back to 1771. Today, travellers can see centuries-old art and take in its classic California architecture.

Just east of Pasadena sits the Huntington Library. The site not only contains several historic books, but also an art collection and a botanical garden that features plants from around the world.

This famous Los Angeles cemetery not only serves as the final resting place for movie stars like Burt Renolds and Judy Garland but also as a cultural center that hosts concerts and film screenings.

The end of the journey. Celebrate the road trip of a lifetime by taking a dip in the Pacific Ocean and a picture at the official “End of the Trail” sign.

When it comes to exploring the ultimate road trip destination, you simply can’t top the service provided by Route 66 Tours. Each of our tours makes it possible for you to choose which sites you would like to visit — the kind of autonomy that simply isn’t possible with a larger, franchised touring company.

By keeping the tours self-driving and personalised, our Route 66 tour clients have the flexibility to travel their way. You can look forward to an incredible 20 nights trip from Chicago to Las Vegas, exploring the best antique cars, roadside attractions, historic places and natural features that America has to offer. For more information on our next planned adventure, go to www.route66tours.com.au. 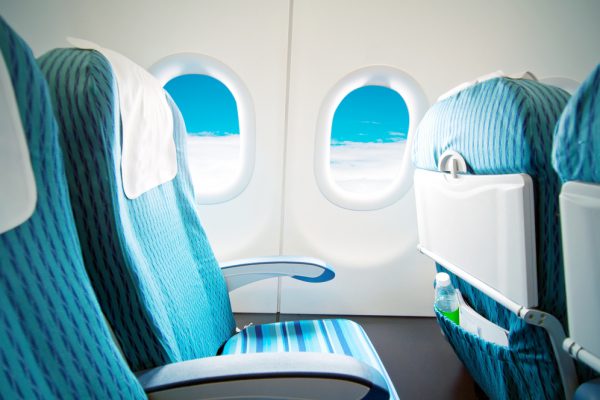 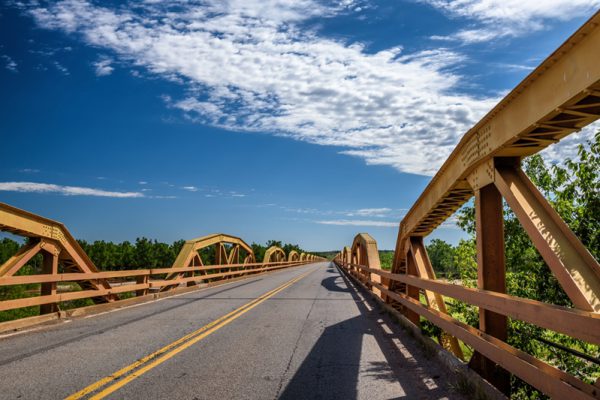